PinchukArtCentre announces the artists shortlist for the 7th edition of the PinchukArtCentre Prize, a nationwide prize in contemporary art for young Ukrainian artists aged 35 or younger. The shortlist has been formed by the selection committee based on the results of the selection from more than 1000 applications submitted by Ukrainian artists from all regions of Ukraine.

Introducing Anna Zvyagintseva, the winner of the PinchukArtCentre Prize 2018, the jury stated:
“Anna Zvyagintseva captured the attention of the jury through a well-refined and precise formal language. In a very discrete way, her poetics unravel an understated political dimension to the viewer. She defines drawing as a form of open writing that expands into sculpture and space. Her method records the movement of bodies and draws from the everyday, both personal and collective. We recognize her consistent practice and thoughtful artistic potential.”

Commenting on works by the first special prize Mykola Karabinovych, the jurors said: “The jury was struck by the outstanding work by Mykola Karabinovych. We recognize its minimal and simple formulation that contradicts the complexity of a historical and yet intimate narrative. It is a dedicated performative gesture turned into a humble transient monument occupying the memory of the repressed, regardless of their ethnicity or nationality.”

Awarding Yarema Malashchuk and Roman Himey, the second special prize, the jury stated: "We recognize the seductive professional visual language of the film by Yarema Malashchuk and Roman Himey. It captures real people in a daily situation with a particular eye for detail, slowly enticing the viewers into a surprising experience with an unexpected twist that takes them from reality to the threshold of the sublime." 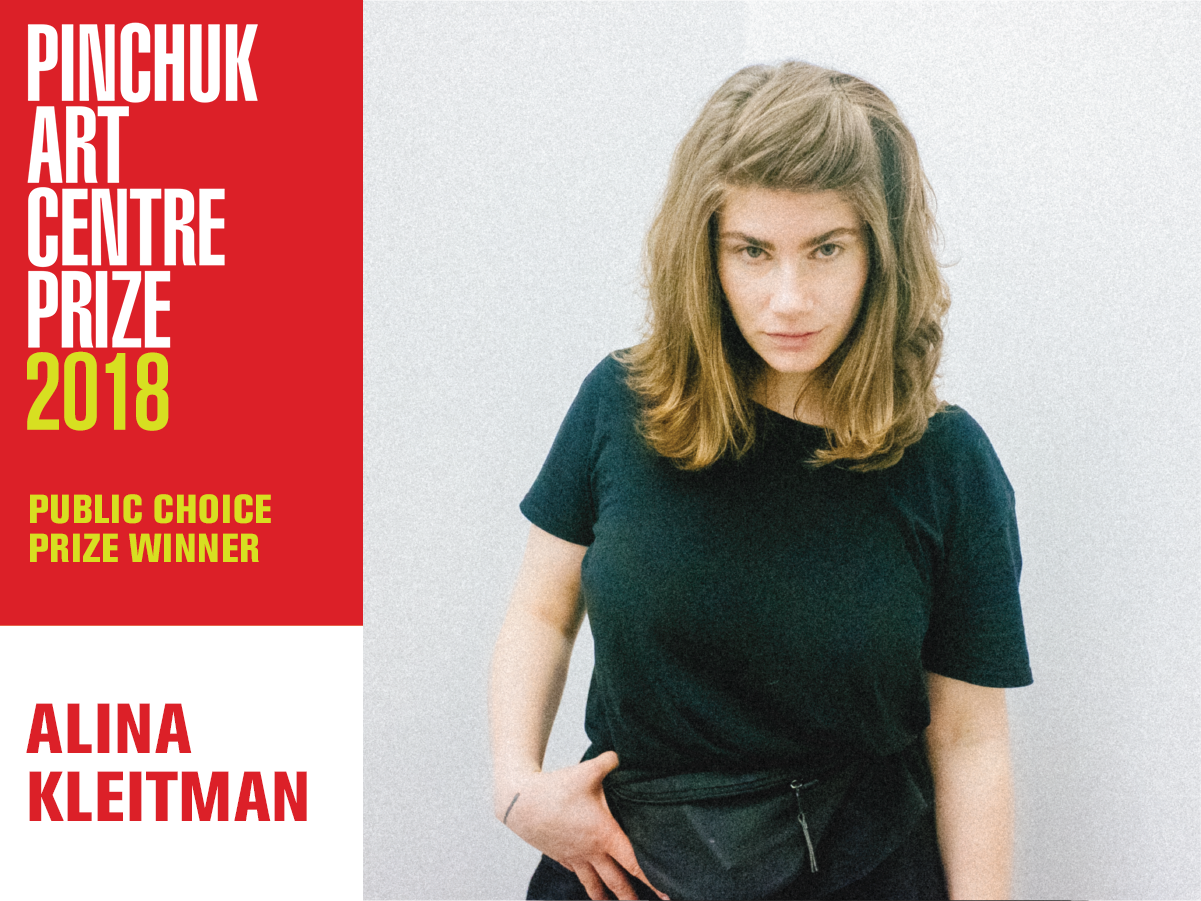 Björn Geldhof is Artistic Director at the PinchukArtCentre (Kyiv). Prior to that he was Artistic and strategic director of Yarat (Baku). He curated numerous group exhibitions such as Fear and Hope, Loss: in Memory of Babi Ya and Fragile State. In his research he focusses mostly on the post-soviet space. This has been presented in, aside of many solo-presentations, large scale group exhibitions such as  Borderline (on Ukrainian Art), 300 words of Resistance (on Azerbaijani art) and Suns and Neons above Kazakhstan. Geldhof is since 2009 responsible for the Future Generation Art Prize. He also curated numerous projects internationally including: the Ukrainian National Pavilion at the 56th International Art Exhibition – La Biennale di Venezia; the Future Generation Art Prize exhibitions in Venice in 2011, 2013 and 2017. He worked with among others: Damián Ortega, Olafur Eliasson, Anish Kapoor, Ai Weiwei, Jenny Holzer, Berlinde Debruykere, Tony Oursler, Jake & Dinos Chapman, Carlos Motta, Santiago Sierra, Michelangelo Pistoletto and Oscar Murilllo. Geldhof studied Art history at Katholieke Universiteit of Leuven, Belgium.

Born in Moscow in 1957. From 1980 till 1990 he was a curator of contemporary art at the Pushkin National Museum of Fine Arts in Moscow. From 1992 to 1997 he was the director of the Center for Contemporary Art (CAC), Moscow. He curated the Russian participation in the Istanbul Biennale (1992), the Venice Biennale (1995, 2003), the São Paulo Biennale (2002, 2004), and the Valencia Biennale (2001). He was on the curatorial team for the Manifesta I in Rotterdam in 1996. In 1993 he was a founder of the Moscow Art Magazine (Moscow) and has been its editor-in-chief ever since; in 2003 he was a founder of the Manifesta Journal: Journal of Contemporary Curatorship (Amsterdam) and has been an editor there since 2011. In 2005 he curated the first Central Asia Pavilion at the Venice Biennale. In 2007 he realized large scale exhibition project “Progressive Nostalgia: Art from the Former USSR” in the Centro per l’arte contemporanea, Prato (Italy), the Benaki Museum, Athens, KUMU, Tallinn, and KIASMA, Helsinki. His most recent curatorial project is a large-scale multidisciplinary initiative “The Human Condition” supported by  by National Centre for Contemporary Arts, Moscow Museum of Modern Art and Jewish Museum and Tolerance Center (http://thehumancondition.ru/en/). Author of many articles and catalogues, published a book “'Other' and Divers”, NLO, Moscow in 2004 and “Five Lectures on Curatorship”, AdMarginem Publishing, Moscow in 2014. From October 2010 to 2014 he was a Chairman of the International Foundation Manifesta. Honorary doctorate from the Helsinki University for Art and Design.  He lives in Moscow (Russia) and Cisternino (Italy).

Working with Christine Macel for the Contemporary art & Prospective Department of the Centre Pompidou, Alicia Knock tries to explore new exhibition & working format, questioning the museum itself  through multidisciplinary projects (Harmony Korine, 2017). She is also working at expanding the museum towards West Africa and Central Europe, through both acquisitions and exhibitions. In charge of recent Duchamp Prize exhibitions (Kader Attia, Yto Barrada, Ulla von Brandenburg and Barthélémy Toguo, 2016; “The most foreign country”, women artists from the Duchamp Prize, Fondation Fernet Branca, 2017; Maja Bajevic, Joana Hadjithomas and Khalil Joreige, Charlotte Moth, Vittorio Santoro, 2017), she is also involved in the new project space of the Pompidou, Galerie 0, aiming at becoming a laboratory for new practices (Museum On/Off, 2016).

Zhanna Kadyrova was born in 1981 in Brovary, Kyiv oblast. She lives and works in Kyiv. She graduated from the Shevchenko State Arts Secondary School, Sculpture Faculty.

She got such awards as  Kazimir Malevich Art Prize, Sergey Kuriokhin Prize for contemporary art (public art) and the Main Prize of the Kyiv Sculpture Project festival (all in 2012), the special prize of the PinchukArtCentre (2011) and the main PinchukArtCentre Priize (2013), as well as the Special prize of the FutureGeneration Art Prize (2014). Her works were on show around the world, including the 55th and the 56th Venice Biennale , Moscow Biennale, Palais de Tokyo in Paris. Kadyrova’s art was presented both nationally and internationally, including exhibitions at the National Art Museum of Ukraine, National Museum of Contemporary Art in Poland (2012), the PinchukArtCentre (different years).

Her works have been mounted in public spaces in Kyiv, Perm, Shargorod.